Tiefeng Jiang is one of the founding artists of what has become known as the  Yunnan School. Born in China in 1938, Jiang studied at the Central Academy of Fine Arts in Beijing.  After graduating, he was sent to the Yunnan province to produce propaganda posters for the government.  However in the evenings he would draw and paint exotic, colorful figurative artwork with other artists as a rebellious form of expression against the conservative mandates of the government.  His artwork was first exposed to the public by a western reporter, and eventually Jiang came to the US on a cultural exchange program in 1983.

Other Work by Yunnan School Artists 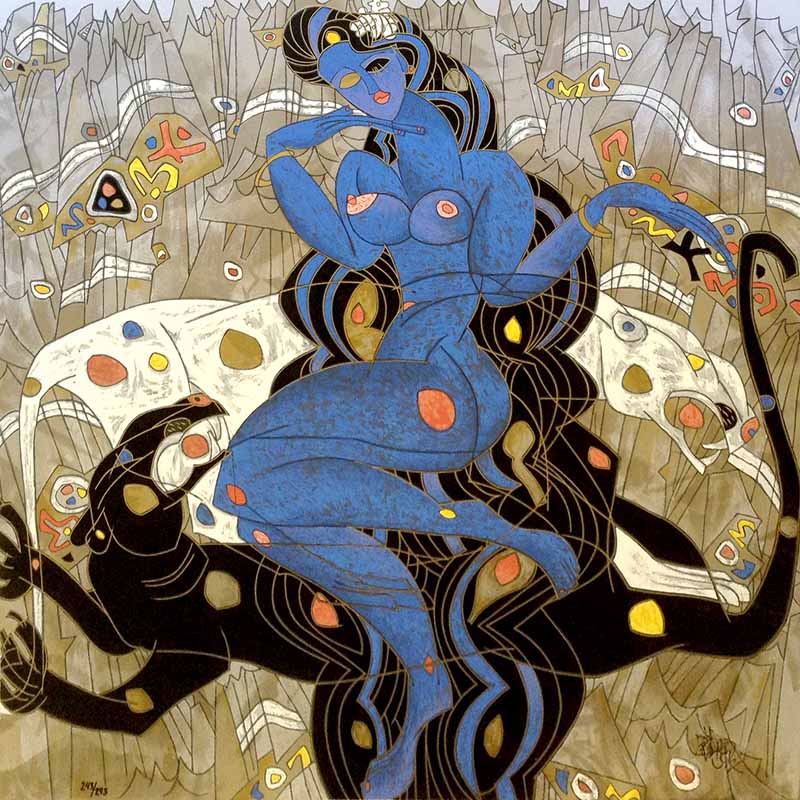