Monica With Tulips is a striking limited edition color screen print by artist Tom Wesselman. This print is signed and numbered in the bottom right hand corner. It was printed on Lenox Museum Board by International Images in 1989. Stamped in the lower right margin. 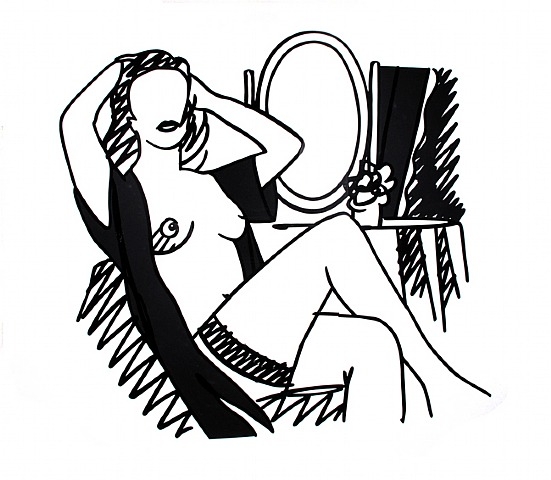