•Sold
(Commissions may be available. Please Inquire)
View In Person
Virtual View
Inquire or Call
View All by This Artist

Other Work by Christian Nesvadba 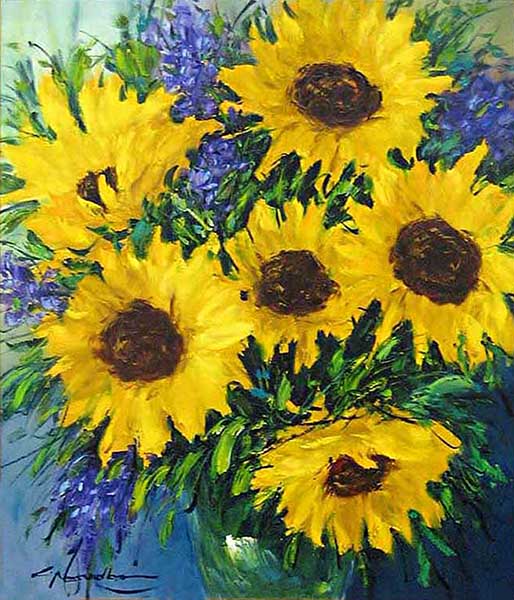 Born in 1977, Christian Nesvadba was the son of the established and respected artist, Gerhard Nesvadba. Early on, Christian’s talent was noted and he decided to devote himself to painting. He loves flowers and travels extensively to collect new ideas for his painting subjects and compositiions. Chrisitian Nesvadba’s fascination with flowers is not so much in the exact botanical form. Rather, it is the explosion of color that the artist expresses in his paintings. In 1997, he was awarded with the “Kulturfonds” award; a highly prestigious award in Austria. Sadly, Christian was killed in an automobile accident in 2008. He left behind his wife and young daughter, as well as his mother and father. All artwork is available for sale.

Please notify me of new work by Christian Nesvadba.