Kaiko Moti was an Indian artist who worked mostly in original aquatint etchings. His work is well known internationally, and he has been the recipient of many prestigious awards.

Other Work by Kaiko Moti 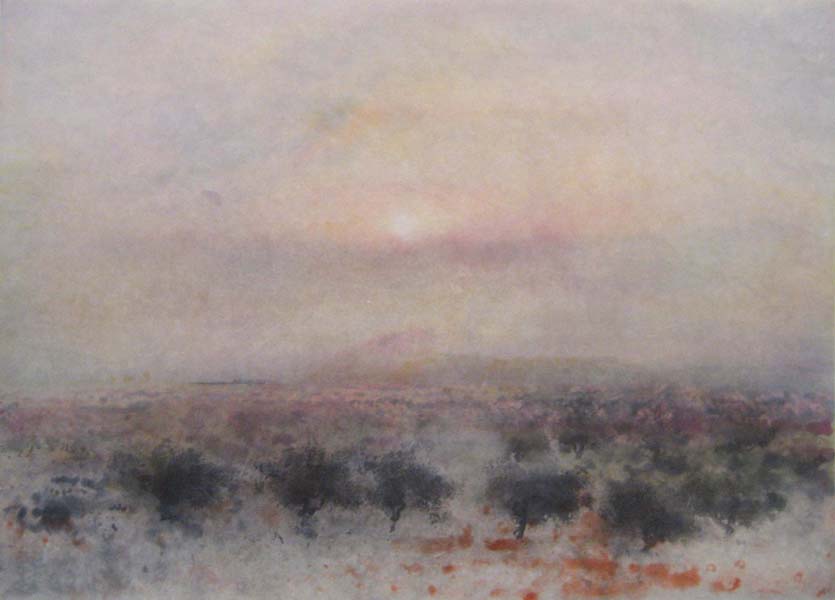 Born in Bombay, India on December 15th 1921, artist Kaiko Moti was first educated at the Bombay School of Fine Arts. His talents brought him to study on scholarship at the University College in London, as well as the Slade School of Fine Arts, where he received a Masters degree in Painting and Sculpture. While in London, he studied under MacWilliam and Reginald Butler. Moti eventually moved to Paris in 1950, which he made his permanent home. He attended the Academie de la Grand Chaumiere, Atelier Zadkine to pursue sculpture. However, a lack of studio space led him to work on copper plates. At Atelier 17, he studied engravings with William Stanley Hayter. While working as an apprentice at the Hayter School, Moti innovated the idea of viscosity printing, which is using paints of varied color and consistency directly on the engraving to create a colored etching. Influenced by Old Masters, especially Turner, Moti is recognized today as one of the premier engravers in the world. He claims to have no secret techniques, only to have refined the basic methods, learning from each of his created works. His technique allowed him to create beautiful subtle etchings of landscapes, seascapes and animals. Since 1953, he has exhibited internationally at the Biennale Venice, the Bibliotheque Nationale in Paris, the New York Public Library, the New Delhi Museum of Art, the Basel Art Fair and Art Expo New York. His work is located in permanent collections at the Victoria and Albert Museum, the Paris Musee D’Art Moderne, and the Bibliotheque Nationale. He is an honorary member of the Academy of Florence. In 1983, Moti was awarded the gold metal for Competition d’Art Impressioniste, Musee d’Argenteiul, France. His work, life, and philosophy were published by Lublin Graphics in 1988 in a full-color, hard-bound book. He died in Paris in 1989. We have an excellent collection of Moti’s artwork available for sale at the gallery.

Please notify me of new work by Kaiko Moti.