Evening Star by artist Stephen Lyman is a hand-signed limited edition print on paper. It includes the collector edition book “Into the Wilderness”. Please note, this is the original, genuine print on paper that was signed the artist, not the giclee printed after his death.

About Evening Star – Into the Wilderness by Stephen Lyman:

As the sun sets over the horizon, Venus (the Evening Star) begins to illuminate in the dark blue sky. This print captures the immense solitude and beauty of nature while the campfire symbolizes our relatively tiny place in the universe. Included with this beautiful print is a signed copy of the artist’s hardcover book “Into the Wilderness”. This book contains dozens of stunning nature photos and images of Lyman’s prints and paintings. 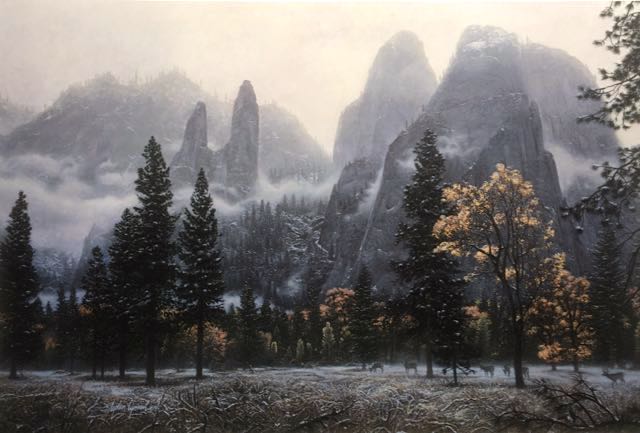