Other Work by Jurgen Gorg 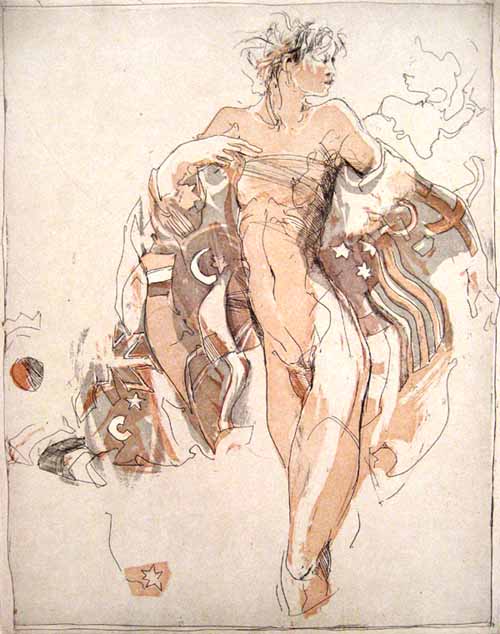 Born in 1951 in Dernbach, West Germany, Jurgen Gorg has established himself as a master craftsman and consummate artist. Gorg etchings and lithographs reflect his innate talent and imagination. He studied visual arts first, in Koblenz, Germany and later, at the Johannes-Gutenberg University in Mainz, Germany. Gorg began his professional career in 1977 as an artist and printmaker and by 1980, was awarded a special painting prize by the district of Rheinland-Pfalz. In 1985, a catalog raisonne was published of Gorg’s creations. Gorg’s artwork follows a strong tradition of figurative art with erotic overtones. His subject matter consists of lovers, dancers, musicians and masked personages. Tender, lithe, slim, and young, these idealized, incompletely rendered figures suggest the timeless and eternal. The focus centers on body language and kinetic movement. By leaving the faces vague, with eyes almost always closed, there is room for dreaming – both in the viewer and within the subjects of the painting. This quality of the somewhat indefinite yet perfect form creates a romantic aura. Gorg’s palette is pale and soft, using very little color. His technique for drawing his figures is loose, yet refined and definitive. The fluidity of the simple line drawings create astonishingly elegant works. We have an excellent collection of his artwork for sale.

Please notify me of new work by Jurgen Gorg.