Published in 1992, Northern Cheyenne Wolf Scout depicts a warrior dressed in skins and claws of animals that he believed would convey to him the powers and abilities of each. 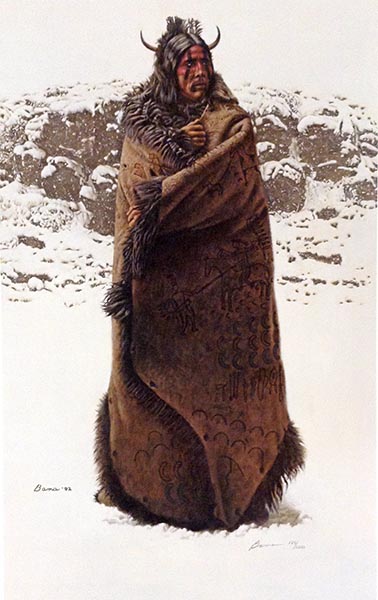